What is Demagnetization which is indispensable to the production process?

Principle of Demagnetization:Demagnetizing by bring closer to 0 while gradually reducing the magnetic field to be inverted from the outside.

In general, iron is said to be magnetic substance. If magnetic field exists adjacent to a piece of iron. To eliminate these coercive force is generally called as "Demagnetization". It is necessary to demagnetize because magnetized magnetic materials cause various problems such as follows.

The iron powder will attach to it during a machining process, etc.

To affect on plating. 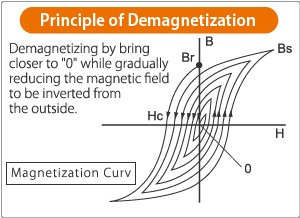 Demagnetization can be classified roughly into two types, "Distance Attenuation" and "Current Attenuation", by method for generating an alternating magnetic field. 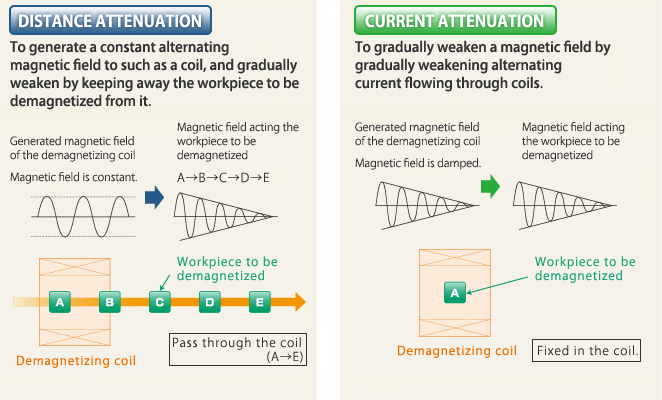